Abraham confident of proving his fitness ahead of England internationals

Chelsea striker Tammy Abraham is confident that he can achieve 100 percent fitness prior to the international break this month. The England international has been struggling with a nagging ankle problem over the past six weeks and he recently went to Barcelona to receive medical advice from a renowned specialist. 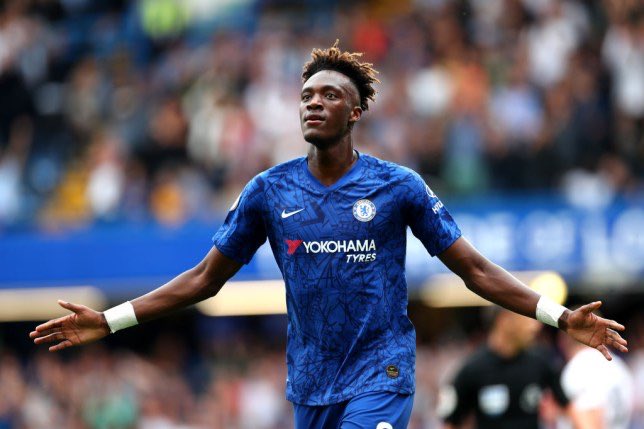 In an interview relayed by Goal.com, Abraham said that he has yet to overcome the ankle swelling but he is confident that things should improve on a day-by-day basis. He added that he wants to recover completely from the problem rather than rushing his return to the playing field, he told: “Yes, definitely [I’ll be back for England games]. I’m almost fit. There’s still a bit to do. I’ll get there soon. It’s a recurrence. [The problem was] playing on it and aggravating it even more. It is still like a swollen ball really but it is getting better day by day.

“The club wanted me to go to Barcelona. They just wanted different eyes, a different mindset on this situation. He told me what was wrong, exactly what the Chelsea physios said and he recommended some stuff for me to do. I’m doing physio right now. This time, I just said ‘I’ll just come back when I’m 100 per cent’ instead of coming back and going again.”

In Abraham’s absence, Olivier Giroud has been tasked with leading the line for the Blues and the Frenchman has fared impressively. The former Arsenal man has scored on just one occasion over the past four games but he has been appreciated for the quick link-up play with the attackers. Giroud’s current deal with the west London club is due to expire in the summer but he has recently hinted that he would welcome the prospect of signing a new contract.

Chelsea host Everton in the weekend’s Premier League clash. The game could provide them with another testing challenge, considering they have struggled at home this season with just six wins from 14 league matches.